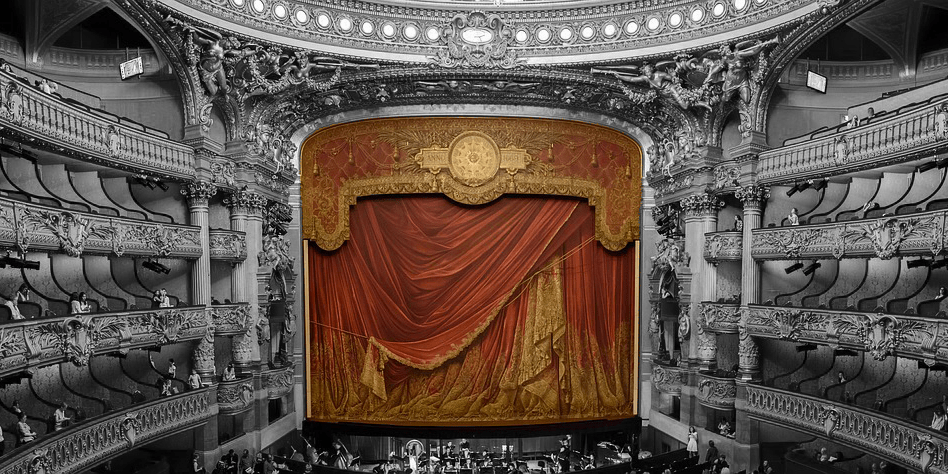 One of my favourite lines from any movie is when Russell Crowe in Gladiator is cleaning house on the arena floor and shouts out to the crowd asking them if they are entertained.  That movie was a great piece of storytelling.

For me, entertaining my audience via storytelling is a big part of what I do.  I think education is important and I hope that most of the emails and blog posts I write are teaching something, but if you’re not enjoying what you’re reading, you’re probably going to eventually tune out to the message.

I remember being at university and having a classical economics class.  The texts were ridiculously boring.  I mean, they were so boring that when you’d take them up to the cashier at the campus bookstore, the cashier would fall asleep looking at them.

On the first day of class the Professor walks to the front of the lecture hall, 150 students sitting there staring down at him and he informs us that he has picked the most important works in classical economics to form our reading lists.  He tells us we are lucky that he’s been able to get the campus bookstore to stock these items as many are public domain and therefore inexpensive.

At this point, being first year university students and very eager, many of us thought this was the beginning of our first lesson tackling the great ideas of supply and demand and the interplay with capitalism.  So much excitement.

Then he said that the reason he chose these books was because they were so completely and utterly boring that it would allow his mediocre personality to stand out as a beacon of entertainment and we would long to hear him speak rather than have to peruse these horrifically boring books.

Playing To Your Strengths, Mine Is Storytelling

There are many ways you can entertain people and one of the reasons I like the idea of mailing daily is that this format plays to my strengths from an entertainment perspective.  I am good at telling a story and I often times have a very funny turn of phrase.  The written word entirely suits me.

I get asked about storytelling all the time and frankly there’s a bunch of people out there teaching it now as a marketing tool.  I’ve looked at a few people’s products and courses who talk about this concept and to be honest, they largely don’t resonate with me.  I find them all a bit contrived which is somewhat ironic.

I admit that I was a bit lucky with my exposure to storytelling at a young age.  As most of you know, while I’ve lived in Australia for the last 19 years, I’m originally from Canada.  I grew up in Toronto, but my family is from the maritime provinces and my mother’s family are from Newfoundland and of Irish descent.  With that background you either become deaf to avoid listening to stories or you immerse yourself in the art.

The Newfies also have funny sayings and turns of phrase.  Some of the little nicknames and things that my aunties would call me as I was growing up would make a sailor blush.  Again, I was raised with these kind of weird sayings as part of common vernacular in my house, so it rubs off.

Personally, I don’t think you can beat storytelling as a form of entertainment.  We are hardwired to listen to stories.  Biochemically, our brains lay down memories in story format because it’s the most efficient way for us to recall key information.  It’s the fundamental reason why we tell children stories to teach them lessons and every single major religion has narratives and stories that convey their ideologies and theocracy – it makes it more memorable.

You’re probably sitting there thinking, “Great, I wasn’t raised by Newfies and my biggest turn of phrase is Bazinga from Big Bang Theory, so I guess I’m screwed on this whole storytelling side.”

Learning To Be A Good Story Teller

Not so fast my young Padawan.  You too can learn to spin a good yarn.

First things first, it has to be conversational in nature.  When you’re telling a story to people either in person or in written form, you have to let it flow.  Sometimes it wanders off a bit, but that’s just how we communicate.  Obviously you don’t want to ramble off on tangents like some weird savant, but don’t be afraid to get sidetracked occasionally.

The second thing that’s important is dropping in the occasional bit of superfluous detail for colour and to help set the scene.  When you’re telling a story, you want the person to be visualizing the story in their mind’s eye as you tell it.  When you add in some extra little wrinkles and nuance, it helps you weave a more vibrant tapestry.

My third tip is to make sure you set up the story well.  This is a pretty hard one to sometimes do when you’re telling a story in person, but it is much easier in written form.  You should never dive straight into telling a story because it’s incongruent with the natural flow of a conversation.  You need to lay a bit of a foundation before you introduce your narrative.

The final thing to remember is that the whole point of telling the story is to help your audience build an affinity for you!  They need to get to know you, establish a bond with you and ideally come to like you so that they want to learn from you.

When I started writing this, I knew what I wanted to write about, “the importance of entertaining your audience as part of your marketing” but I didn’t really have any sort of structure in mind.  So what started to happen naturally?  I started writing a story.

I’ve Just Pulled A Ninja Storytelling Move On You

You can actually see through this entire blog post that what I’m telling you to do in your storytelling is what I’m doing right now.  Don’t believe me?  Let’s step through it then shall we:

1) We’ll start by agreeing that I’ve told a story, I’ve tried to teach you something and it’s at least somewhat entertaining;

2) The entire email is conversational in nature.  That’s how I write naturally, so it’s pretty easy to achieve.  Just write like you speak and you should be ok;

3) I added detail and colour throughout.  Was it critical for you to know about the lecture hall or how many students were in the lecture?  Of course it wasn’t, but I’m willing to bet that some of you were visualizing your own lecture halls at University and remembering what it was like;

4) I started with the comment about Gladiator and even the subject line is asking you if you were entertained.  I then went into telling a story as the lead in to storytelling as an entertainment vehicle.  I setup the entire education part of this email by telling a small micro story as an example;

5) In this email you learned about my family background and how long I’ve lived in Australia.  Those were pretty obvious.  You learned that I took economics at University, slightly less obvious.  And, give yourself bonus points if you picked up the “Padawan” and “Bazinga” references, so you know I’m a bit of nerd.  I think it’s safe to say if today was the first or fiftieth time you’ve heard from me, you’ve probably learned a bit more about me and ideally, you now like me and trust me more.

If you can start doing those things in your communications with people, you’ll be way better off.  To increase the entertainment value of your emails, blog posts or whatever, just practice telling more stories.  The more often you do it, the better you’ll get at it.  You don’t need to spend hundreds or thousands of dollars for people to teach you how to do it, just be yourself and remember the simple tips above!

Now that I’ve saved you all that money, you should spend it with me by signing up for the Casual Marketer Monthly Newsletter.  Every month I share witty, pithy stories and anecdotes that teach an important lesson to help you drive your business forward.  The April 2016 issue is all about developing a strategy.

To make sure you don’t miss out on this issue, click the link below to sign up now!