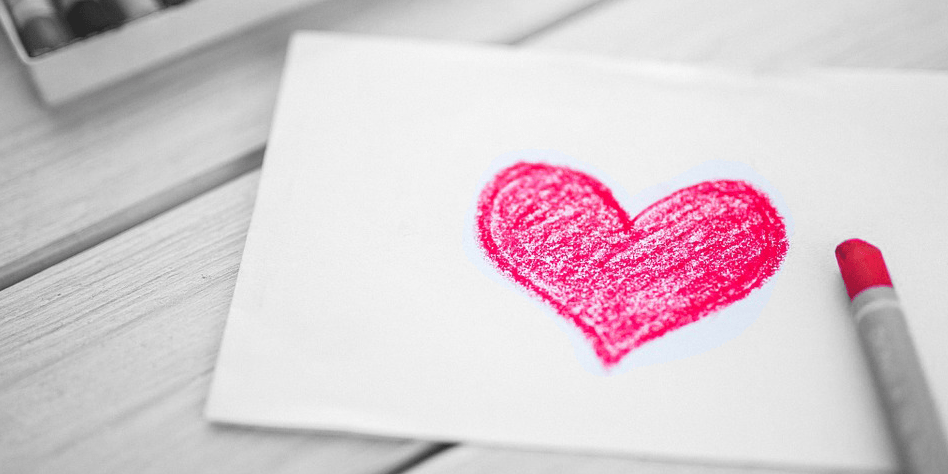 One of the most damaging things that can happen to an entrepreneur is for them to fall in love with their own ideas. It blinds you entirely. You lose the ability to make clear, concise and rational decisions.

You effectively become a slave to your imagined vision of the idea.
I once said to a female coaching client, “We should head down to the court and apply for a restraining order against you.”

She was incredibly confused and asked me what I was talking about.

I told her, “You’ve developed a very unhealthy, harmful relationship with your idea and we may need to ensure that you stay more than 500 metres away from it at all times.”

I talk a lot about perspective because genuinely, it is one of most underappreciated things that anyone running a business can ever have. When you’re trying to build something and you’re putting so much effort into it, you can lose the ability to think straight and sometimes you make bad decisions.

And if you’re working on an idea you’re really passionate about… Well, let me just say that this can be a horrible combination.

A few years back in 2009, I was running a software-as-a-service business and it was pretty successful. We had just rebuilt our core platform in a very short period of time and had put together an unbelievably talented team of developers.

But my Director of Product Management had some concerns. He felt that what we were building was great, but it wasn’t addressing a part of our market where our main product was just too big. He wanted to build a small team of four developers and run a skunkworks type project to build a slightly different version of our core product aimed at this niche segment.

As we’d just come out of a long development cycle and our main team was paying off some tech debt in the product, I agreed to let him have four developers and put something together.

They went away and started designing and building.

A couple weeks in I saw some mockups and got a briefing on their idea.  It was clever, but I was concerned that the technology we were trying to use just wasn’t ready yet. I raised my concern, but let them carry on.

I would get updates and briefings every few weeks, but I was busy trying to take the company from low seven figures in revenue to over eight figures which is a big proposition. We were growing into new countries, hiring staff and things were going great, but it was a very busy time.

After about five months, I realized that this skunkworks project was not really done and it was consuming a fair chunk of my Director of Product Management’s time. I spoke to him about it and it was like looking into the eyes of man who’d just found religion. He was evangelizing about this product they were building and told me I was worried about nothing.

I knew I had a problem, so I said I wanted to see it in four weeks and at that stage we would get some clients using it to see what we had.

The four weeks came and there was a somewhat finished product available for me to look at.  They had put together the marketing collateral, branding and even some training material. I personally called around to a few of our cutting edge, but friendly and more forgiving clients and asked them to give it a spin free of charge in exchange for some feedback.

After about a week, the phone calls started. One client said, “Interesting idea, but what the hell am I meant to do with it? It’s so bleeding edge that we cut ourselves every time we use it.” They all liked the technology, but they couldn’t understand the business application.

I took the Director of Product Management into my office, kept the door open so it was just a friendly chat and explained to him that we were $250,000 invested into this software, the test clients appreciated the engineering, but they just didn’t see the practical use.

He looked me dead in the eye and said, “The clients are idiots. They don’t really understand it and how could they, they think our core product is awesome.”

I got up slowly, walked over and closed the door to my office.  On my way back to my desk I opened the bar fridge under my bookcase, pulled out an apple, sat back in my chair and started eating it.  I like apples, don’t get me wrong, but I wasn’t hungry. I needed something to stop myself from yelling expletives at him.

That’s when I saw it. He had fallen in love with his own idea and I was sitting there telling him it was an abject failure. I was the bad man eating an apple and breaking his heart. I sent him home, made him take four weeks leave and told him to come back with a clear head.

The next morning, I put a bullet in the idea and redeployed the people.

That was probably the first time I’d ever seen someone fall entirely head over heels in love with an idea to the point where their passion had completely clouded their judgement.  As an observer, it was entirely obvious that perspective was gone and in its place was delusion and wishful thinking.

And you know what? I see this happening all the time with people. They get an idea that they think is a “game changer”, so they walk into their hallway, take out a hanger and hang their common sense up before embarking on a one way trip to crazytown.

The best vaccination to prevent this is to surround yourself with people who aren’t afraid to tell you that you’ve lost the plot once in awhile. Another highly underrated group of sanity checkers and perspective reviewers are strangely enough paying clients – I know, it’s hard to imagine, but sometimes the people you expect to pay you might actually have a good grasp on what it is they are looking for.

Another good source of perspective is having a coach or a mentor. I often tell people that the number one thing that I offer people in my coaching programs is an unbiased, fresh set of eyes. I dispassionately tell you how I see it, straight down the line because my coaching clients are paying for my honest opinion and candidly, I don’t have enough time to waste it trying to make people feel good about bad ideas.

My coaching program starts at US$500/mth for two, one hour sessions via Skype per month and there’s no commitment beyond the first month.  If you’re interested in joining the program then click here to sign up now or if you’re not sure it’s for you and maybe have some questions, then head over to the Contact Us page and leave some information for me to get back to you.

As always, the Casual Marketer Monthly Newsletter is a great way to get perspective.  If you’re interesting in joining the newsletter then just click the button below to do so.