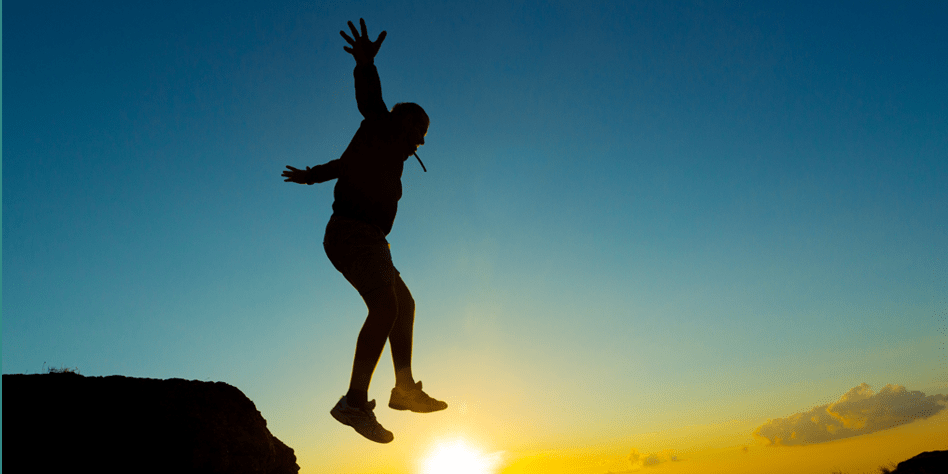 Today was a good day.

After a few months of toing and froing, I finally managed to get my book off to the printers and ordered my first proof copy.  I wrote the bulk of the book in the week between Christmas and New Year’s and by mid-January it was pretty much done from a writing and editing perspective.  From there it took an extra three months to get to this point.

Let me start by sharing a bit of the background.

When I was thinking about starting Casual Marketer, I figured I’d need some kind of lead magnet to get people to subscribe to the mailing list.  I knew they would be so dazzled and amazed by my unbelievable brilliance in this ethical bribe they would trip over themselves to sign up for the newsletter.

Urgency And Deadlines Are Useful

Back in November, I started putting some ideas down in Evernote and I wrote a couple short things in a Google Doc.  I toyed around with it for a couple days, but I got busy with work and because there was no urgency or deadline around it I put it to the side and forgot about it.

Remember that point about urgency and deadlines, it will be important later on.

Fast forward to the week before Christmas and I had about two and a half weeks of holiday time coming up, so I decided that I’d crack into getting the Casual Marketer project up and running during that time.  I figured that two weeks would be plenty of time to build the site, get the first month’s newsletter done and put in place all of the backend pieces.  Oh, and I needed to get that pesky lead magnet finished as well.

On Boxing Day I woke up and decided to finish the lead magnet that day, so I could get on with everything else that needed doing.  I figured if I had the lead magnet in place, I could toss up a quick opt-in form and get people to sign up for an early bird list.  The logic was pretty sound, so I started writing that morning at like 8am.

And I kept writing… And writing… More writing…

By the end of the day I’d written about 10,000 words and had laid out the structure for something much larger.  I knew I was looking at this lead magnet becoming a fully fledged book.

Setting Your Own Deadlines

At this point I made the decision, I would finish it in 2015.  Period.  No questions asked.  I would sit down over the next several days and write until this book was done.  Some people set New Year’s Resolutions, well, I set a “last week of the year” resolution.

On December 31st, at around lunch time, I finished the first draft.  I wrote over 32,000 words that week for the book.  I had met my deadline.

I had met that deadline too.

This conversation could get easily derailed at this point by saying somewhat simplistically that the key to getting things done is to set deadlines for yourself.  The reality is, that’s only one tool that I use to ensure work gets done.

The Value Of Consistency

Aside from deadlines, I also use consistency.  I do things on a consistent basis to build up habits so that it makes me want to keep doing them.  The obvious example would be the daily emails.  Writing 1000 – 1500 words every day in an email isn’t hard for me now, but I’ve been doing it consistently for nearly three months.  It’s just part of my day now – before I go to bed I have to write an email.

This might come as a surprise but I’m actually pretty forgiving of myself about getting things done.  I know that certain things have to be done every day, but if something can wait a day or two, then so be it.  I don’t beat myself up about it.

A good case in point is the lead magnet.  I actually never did create one for Casual Marketer.  I just never got around to it and I’ve been busy with everything else, so the lead magnet has taken a back seat.

When you’re doing the whole side hustle thing as a Casual Marketer, you have to be flexible and focused.  You need to get things done in a reasonable period of time otherwise you won’t make progress, but at the same time, setting unrealistic goals and deadlines just ends up with you quitting.

So what’s the answer?

Being ruthless with your time.  You need to be incredibly selfish.  Every single day you need to make time to get something done.  For me it’s the emails, for you it might be something else, but it has to be a task that delivers value to you and can be done in one sitting.  If you’ve got an hour to go before bed and you’ve done nothing, then this has to be the one thing that gets done.

When you set your mind to thinking like this something happens that’s really quite unexpected, you start rationing your time better.  For me, the thing that I had to give up was piss farting around on other people’s FB groups or forums and spending time helping other people move towards their goals while sacrificing mine.  I just started thinking, “If I spend an hour now talking to this other person about their problem, then I will have to take that time from somewhere else.”  That somewhere else is either my own projects, my relaxation time or time with my family – it becomes pretty easy at that point to say no to people.

Another thing that I do a bit differently is that I set “interesting” goals for myself to achieve.  Typical goals end up getting watered down, but interesting goals are usually succinct.  For example, I decided that in 2016 I wanted to publish over 300,000 words of my writing.  Here we are in mid-April and I have written over 100,000 words of blog posts, 20,000 words in newsletters and have made a small start on a second book – by the end of April I should be north of 150,000 words.

These are all things that any of us can do: set ourselves realistic deadlines, be consistent in your work ethic, build good habits, be ruthless with your time and set interesting outcome-based goals for yourself.  If you do all those things, then this is where the last piece fits in, you need to not beat yourself up too much if things don’t go to plan.  When you have a misfire, clear the chamber and fire again, don’t give up.

You need to maintain your focus, work hard, do the right things consistently and don’t get too hard on yourself.  If you can do all that, and like I said yesterday, give yourself some time to succeed, then everything will start going your way!