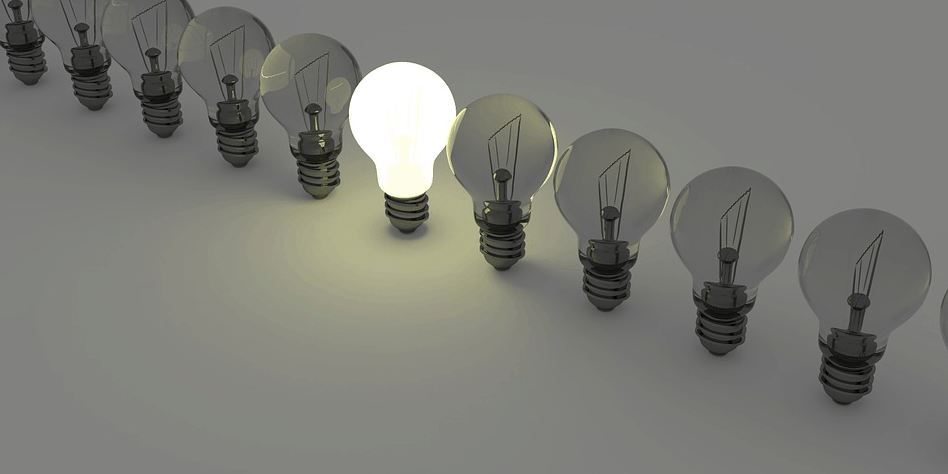 I’ve always got something brewing.  There’s always an idea that’s rolling around my head about what I want to do as my Next Big Thing.

The co-host of “I Love Marketing”, Dean Jackson, talks about going down to his evil scheme hatchery and cooking up ideas.

I started an Evernote notebook in 2013 to keep track of all of the ideas I was coming up with on a daily basis.  Whenever something would come to mind, I’d open up a note in Evernote and write down whatever was in my head.

It was a pretty good system and I still do it to this day.  Someone once told me that it was really important to get those kind of ideas out of my head and onto paper so that they didn’t confuse me or cloud my thinking.  Once the idea was captured somewhere, my brain could close that open loop and move on to more helpful tasks.

That concept is one of the more “airy-fairy” things that I actually believe in.

One thing that shook out of this exercise was that I come up with an absolute ton of ideas.  These ideas fall into a couple different buckets:

1) Things I want to do that add to or change something I’m already doing;

2) New ideas entirely that are completely unrelated to anything I’m doing currently; and,

3) Germs of potential ideas that I might want to come back to and flesh out at some point in the future.

All three are unique, each has its own merits and I do make an effort every couple months at least to go back and have a look at these notes.

If I were being honest though, most of them are nothing more than a distraction for me away from what I’m working on at any given moment.  I used to occasionally pull one out and start working on it which meant that other things that I was already working on got put on hold.

I was doing a podcast episode for my friend Dean Allan’s podcast talking about Casual Marketer just before I wrote this and Dean made an interesting comment in relation to something I said, “People are time inefficient, they’re not time poor.”

I came to the realization about nine months ago that much of what I was doing was counterproductive.  I would work on something, get some momentum, get it to a point and then I would move onto the next idea.

It was always the Next Big Thing.

Last July, I made the decision to knuckle down and focus on Casual Marketer.  I agreed with myself that 2016 would be all about this project.  No distractions.

Interestingly, the Evernote notebook of ideas still exists.  I still write ideas down in it and I occasionally go through and look at them.  I just don’t stop what I’m already committed to doing and work on something new.

Changing Your Own Process

This shift has brought about big changes not just in how I do things, but also in me personally.  My personal discipline levels when it comes to getting work done has gone off the charts.  To write daily emails, especially at the length that I write them at, you have to be disciplined.  You can’t get through the volume and, if I do say so myself, the quality of work that I produce on a daily basis and be undisciplined.

One other side benefit of the decision to focus is that I’ve set a much higher benchmark for what I want to work on now.  Previously, if something piqued my curiosity or presented me with an interesting problem, I’d drop what I was doing and focus on that.

Things are different now.  When something new comes along I take a step back and think, “With everything I have to do today, tomorrow and the rest of this week, does this idea add an additional burden?”

Being Ruthless With Your Time

And let me tell you, I’ve had to be pretty ruthless with some decisions about what I work on now.  I’ve had a few interesting ideas float across my eyes that looked like good fun and with lots of potential, but they were going to be a massive distraction, so I’ve had to say no.

That doesn’t mean I say no to everything.  I started talking to someone about a new project a couple weeks back.  It’s really fascinating and something I want to do over the next couple months.  To be honest, it’s an amazing opportunity and that will tick over on the side with limited, but structured time and input from me.

Outside of my regular work day though, I try and focus on progressing Casual Marketer.  My Next Big Thing is the thing I’m currently working on!

The other thing I’d say is that it’s pretty exhilarating when you set your mind to achieving your Next Big Thing and you start making progress.  It’s incredibly motivating to see the results happening directly because of the work you’re doing.

Have you identified what your Next Big Thing is?  I encourage you to sit down and just take stock of where you’re at, where you ultimately want to get to and what you need to do to get there.  I do this with my coaching clients because I think this kind of singular focus has been a massive benefit to me personally.

Once you have your Next Big Thing then you need to document everything else you’re doing and ruthlessly decide whether that is in line with where you want to go or if it’s pulling you in another direction.  If it’s not helping you with your Next Big Thing directly and in a tangible way, then it’s got to go.

One thing that I know that will help you achieve your Next Big Thing is subscribing to my Casual Marketer Monthly Newsletter.  Every month you’ll get something to help you focus and provide clarity delivered directly to your post box.  Each newsletter is devoted to a single topic to help move you forward.  To become a subscriber, just click the button below and join now.