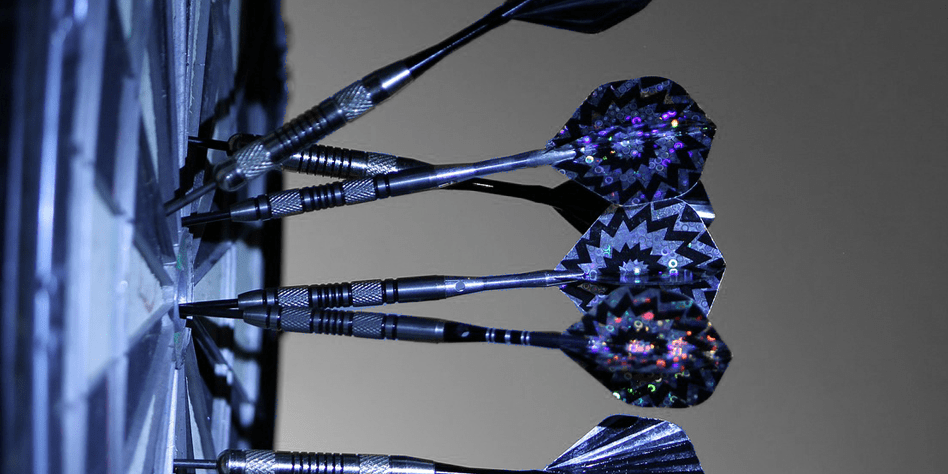 When I was thinking about what I wanted Casual Marketer to be throughout the planning stages during the last half of 2015, I spent a fair bit of time wrangling with who exactly I was targeting as the people I best wanted to serve.

I had a pretty good idea of the target audience at a 35,000 foot view, but I decided to go through the exercise of fleshing out avatars.  For some reason, I came up with the idea of “the Four J’s” – Jim, Jenny, Jesse and Jiamin.

I’m going to walk you through who these four people are and share the backstory I created for them to help flesh out my business plan.

Jim is a 44 year old guy who works as a senior adjuster in an insurance firm.  Jim has commitments that he has to live up to with a mortgage, car payments and three kids.  Jim’s wife is a stay-at-home mom who used to do some secretarial work, but has spent the last 15 years raising their kids.

Jim makes good money in his job, but his career prospects are fairly limited.  His chosen field is mundane as well so it isn’t really taxing him intellectually.  Jim is extremely well read and spends a few hours every day reading books across a wide range of topics.

Jim makes really interesting and well engineered bird houses as a hobby.  A number of his neighbours and friends have told him he should actually try selling them.  He spent a few hundred dollars last year renting a table at a garden show and took some of his smaller houses to see if anyone would buy them.  Jim sold out within three hours and had at least 30 people ask him about his website and where they could buy one of his creations online.

Jim’s wife has been on him ever since to put up a website and start selling some of his projects for a bit of fun.  His oldest daughter set him up a Squarespace site and made him a logo.  Everyone in Jim’s house and his circle of friends are very supportive.

Jim is struggling to commit himself to this new project.  Part of him wants to do it, but equally, he’s concerned about his complete lack of understanding of all things internet related – he once got locked out of his iTunes account and was too embarrassed to tell anyone.

Jim’s 45th birthday is approaching and he’s decided to finally give this side business idea a bit of a crack so he wants to learn a bit about how to sell things on the internet and market himself better.

Jenny is 32 years old and a trained solicitor.  She openly admits she wasn’t very good at her job and hated doing it.  Her new job is being a mother to a three year old daughter.  Along with her partner, they’re considering baby number two but haven’t quite planned it enough.

Jenny’s partner is a barrister, so they are in financially very good shape, but she travels a lot for her job which means Jenny spends a fair bit of time at home alone with the little girl.  Jenny’s partner is very flippant about the business and thinks it’s just a product of being bored, however, she’s happy to go along with it.

As noted earlier, Jenny plans things meticulously and that has presented an interesting opportunity for her.  Last year her partner’s brother was getting married to a young lady whose family and friends were interstate.  They were both really busy and Jenny started helping plan the wedding.  It ran like a military operation – absolute clockwork.  She sorted out every aspect of the logistics for the VIP guests and all of the details.

That then led to Jenny planning an event for her brother-in-law’s business and it all snowballed from there.  Jenny is now coordinating two or three events every month.  She’s also taken to doing videos on YouTube talking about event planning and has built up a nice following.

Jenny is very excited and has started learning about how to market her new business online in haste.  In her excitement, she’s joined mastermind programs, bought dozens of plugins, has signed up to two or three different marketing automation platforms that people recommended and has bought more information products than she can shake a stick at.

Jenny is entirely overwhelmed and the online aspect of her business has not gone anywhere as she’s in learning mode rather than executing mode.  Her partner has joked that she needs an internet intervention, but Jenny knows she now needs to focus and start taking some positive actions.

Jesse is a 55 year old man who took a voluntary redundancy package from his job of 21 years as a senior mechanic working on public transport buses.  His kids are grown, have left home and he and his wife had a very amicable divorce about two years ago.

Jesse has taken some of his redundancy payout and some money he had left over from the divorce and started his own car customization shop.  His first creation last year won grand prize at a car show for his classification.  He handed out over 100 business cards at the show and has been swamped with work.

Jesse is a great writer and his ex-wife suggested that he set up a blog to showcase his work while being able to express himself with his writing.  Jesse decided to follow her advice and he took up the challenge of learning WordPress, buying a theme and getting his site setup.

With the basics out of the way, he wants to learn more about how to use the technology he’s come across on the web to make his business grow.  Jesse is a late starter to this entrepreneurial caper in his own mind, but he has discipline and is willing to try things.

Jesse is a typical DIY entrepreneur, but he occasionally struggles with getting too deep in the weeds trying to solve problems which is a legacy of 21 years as a mechanic and this is something he knows he needs to work on.

Jiamin is 25 years old and she moved to Australia from China when she was just eight.  She’s single with no real commitments except a cat that seems relatively indifferent to her.

Jiamin went to university and studied to become a dentist like her parents wanted and when she graduated, she realized, much to the disappointment of her parents that dentistry wasn’t for her.

The silver lining for Jiamin is that when she was at university, she started tutoring children for the selective school exams.  She then started creating online training courses to sell because she couldn’t keep up with demand.  She is now building out a network of tutors and putting together an online portal for her clients and her tutors.

At the same time, she knows that to grow her business successfully she needs to build her own authority. Jiamin is now spending some of her time establishing her own online presence and audience.  She is finding it difficult to separate out her personal brand and the business brand because she doesn’t have a clear strategy.

Her parents disapprove of her entrepreneurial ways, but they are coming around as she gains more success.  They just want her to settle down with a nice Chinese boy and give them some grandchildren.

The Keys To Using Customer Avatars

I’m also teaching as I write, that’s why there’s a fair bit of first person narrative in these emails and blog posts.  I’m telling a story and sharing my experiences with the avatars so that I make sure I hit my main talking points.

Do these people represent the entire audience?  Of course not and by no means is the Casual Marketer Monthly Newsletter made exclusively for just those types of people.  It’s just easier and more productive for anyone to visualize a person and basically speak to them.  Address their problems.  Understand their pressures.  Offer them insights.

The trick is to make the avatar specific enough with a reasonably strong backstory so that you think of them like a person.  If you target “women, aged 35-44 who like yoga” you’re going to struggle delivering content that meet anyone’s needs because you’re not really speaking to anyone in particular.

Hopefully this email does two things: one, I want it to inspire you to think about who you’re trying to serve with your online efforts.  As part of that, it would be good to know if you see yourself as being like any or some of the avatars.  Feel free to reply to this email if you’re interested in sharing with me who you think you’re like out of my avatars.

And the second thing is, I hope you’re sit there thinking, “Damn, this guy is pretty smart, I really need to sign up for his newsletter so I can learn more from him.”  If that’s you, then I really want to help you sign up!  Just click the button below and you’ll go to the page where you can read all about what you get and join right away.