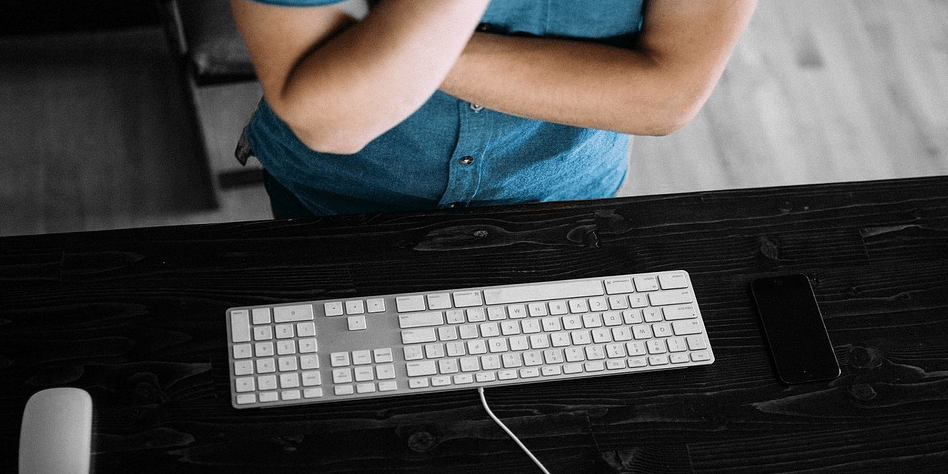 Let’s not mix words here.  I write these emails and blog posts every day to share my experiences and knowledge, but I’m not a saint or anything like that.  I’m looking to sell you something.  I want you to think, “Man, this dude is pretty smart, I want to sign up for his newsletter and get the good stuff.”

So, putting our cards on the table, I’m trying to sell you stuff all the time.  I’m just really honest about it.

Being someone who sets up an online business or tries to extend their existing business online is really hard.  It’s an absolute metric crap-tonne of work.

And you know what?  You’re probably going to screw up a fair bit along the way.  You’re going to make mistakes that you didn’t even believe possible.  You’ll look back and think, “Wow, that was a pretty dumb mistake.”

Then there will probably be people in your life who will doubt you, discourage you and second guess you all the time.  They are going to tell you that you’re wasting your time or that your ideas are pretty far fetched.

Just about every imaginable pothole that you can think of you will probably encounter if you stick at it long enough.

Did I stay “stick at it long enough”?  Why yes I did.  I said that because the number of people that I see who start, don’t have immediate success and then quit is astronomical.  Seriously, it’s a really high percentage rate.

I’ve been doing this for a long time relatively speaking and a couple times every month when I’m talking with people I learn new and inventive ways that people are failing online.  Some people find creative ways to snatch defeat from the jaws of victory to the point where you’re left speechless.

Will you lose money?  Of course you will.  There’s two ways people start out, they either nickel and dime themselves to death or they buy everything in sight from every halfwit that can put an offer together.

Copywriting tip, this is not a good point at which to mention that I think you should sign up for the Casual Marketer Monthly Newsletter… Just sayin’.

So this all sounds like a pretty huge disaster waiting to happen, doesn’t it?

What I’m saying is that it’s likely you’ll screw up a lot, your family and friends will question you, you’ll doubt yourself to the point of near mental paralysis and you’ll probably lose a fair chunk of change.

Maybe I’m a complete masochist, but I enjoy being a Casual Marketer.  I like the fact that having an online project or two distracts me.  It’s incredibly challenging intellectually as I’m always learning new things or sharpening skills I already have.

But it’s not easy.  That is the one thing I will happily tell anyone.  You’re not going to be able to just give a half effort occasionally if you’re looking to have any kind of success.  There will be days where you are going to have to put your head down, work a full day, then come home and work another five or six hours.

You will have to make sacrifices.  There will be times where you’re brain is saying that it wants to kick back and watch House of Cards on Netflix, but you know deep down that there’s an email that needs to be written or podcast that must be published.

That’s almost always the part that nobody talks about, the bit where you’re going to have to work really hard and that it sometimes won’t be fun.  People don’t tell you that because it all sounds a lot like hard work.  It’s much easier to tell you that it’s all going to be candy floss and rainbows.

If you’re committed though and you have the inner strength you can succeed.  You have to want it pretty badly, but you also need to be smart enough to know what you want.  I know plenty of people with a burning ambition to be successful online, they just don’t know at what.  If that’s you, step back and figure out what you have to offer and how that’s unique.

Having A Thick Skin Helps

The number one attribute that you need?  That’s easy; a thick skin like a rhino.  If you’re a delicate little flower, you’ll get trampled.  I think we live in a place and time where people aren’t accustomed to being told they aren’t good enough, but if you go down this road, people will tell you, without fail that you’re not good enough…  Because you’re probably not.  That’s not to say you won’t ever be, but it’s sometimes important to just accept that you’re not good enough at something and then work hard to figure it out and learn how to be better.

With all of that said though, every single day I come across people who are doing it and are having success.  They are defying the odds, they are accepting the challenge and they are winning.  These people are making it happen for themselves on their own terms.

I could be very cliche right about now and say that you could be one of those people too, but the truth is, I have no idea.  I only know that if you don’t try, then I can absolutely guarantee you won’t succeed.  If you take the chance, you might fail, but if you do nothing, you will certainly fail.

The secret is actually pretty simple, don’t take yourself too seriously and take a bit of a risk.  Give yourself the opportunity to succeed by putting yourself out there.

I put together the whole Casual Marketer idea because I saw so many people trying stuff and failing.  Some of it was certainly due to bad ideas and poor execution on their part, but some of it was just the sheer volume of bad advice being bandied around by people with their own agendas.

Telling people to take stupid levels of risk and quit their jobs or to follow business models that made no sense – these things irritated me to the point of action.  Like I said in the beginning, I’m not some kind of saint, I don’t have a mission statement, but I do know a fair bit about this stuff and I can say unequivocally that I know more than 95% of the people out there pretending to be experts.

I’m just starting the process of piecing together the April issue, so if you’re interested in signing up, click the link below now to join.