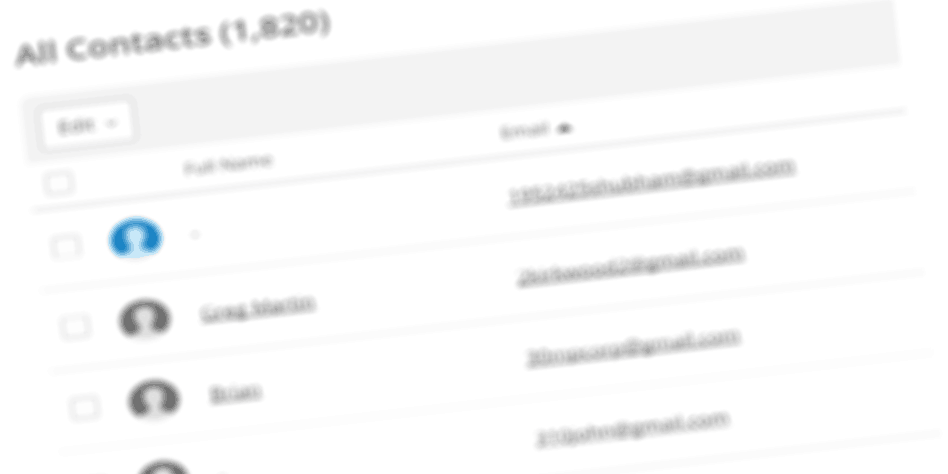 In the blog post about reactivating your email list, I wrote about taking an old email list and re-establishing your relationship with your subscribers.  The overarching theme of the message I was sending was that you need to remember that the people receiving your email are strangely enough, real honest to goodness people.

When you realize that you’re trying to communicate with other human beings via email, suddenly things get much easier.  People like stories, they like to laugh and pretty much everyone is open to learning something.

So the best way to reactivate your list is just like what happens when you bump into an old friend you haven’t seen in twenty years, you add them as a friend on Facebook and swamp them with pictures of your children doing funny things with your pets and you drinking coffee and eating healthy foods.  Because that’s the whole point of social media, to show everyone else how much better your life is than theirs.

Seriously though, when I meet old friends we just catch up and the conversation starts to flow, eventually it’s like we’ve never been apart.  And so if you have an older, slightly disused list, just restart the conversation!

Now, we talked about the other post, there’s no point rehashing it and I really wanted to extend this out into the whole point of having an email list in the first place.

If you’ve been online for any length of time, you’ve heard the old cliche that “the money is in the list.”  The slightly more savvy people then counter that with, “the money is actually in your relationship with the people on your list.”

That last point about the relationship you have with people on your email list is pretty important and ties in nicely with what I said above and in yesterday’s email.

But here’s a left field question, “Do you even need an email list at all?”

The simple answer is yes, but the more complicated answer is, maybe not.

Without doubt an email list is an asset.  If you build a large enough list and maintain a good, healthy relationship with the people on your list then realistically, you should be able to convince those people to spend money with you.

Having an email list also protects you from some of the silliness that goes on occasionally where your website might go down or if you have a Facebook Group, maybe that gets closed.  If you’re a bricks and mortar business owner, then having an email list is the most cost effective marketing channel that exists today.

As I said, the simple answer is, yes, you should be building an email list and establishing a relationship with those folks.

But I also said that there’s a more complicated answer and that’s “Maybe Not.”

In my experience, “building a list” is the number one most distracting thing for people just starting out doing any kind of marketing on the internet.  They are told that “the money is in the list”, they experience first hand getting bombarded with crazy offers all the time and they think, “Yeah, that’s gotta be the key to untold wealth and fame.”

This then creates some kind of feedback loop in their brain whereby if everything they are currently working on doesn’t result in people opting in to an email list to get a lame free checklist, then it’s not worth doing.  These folks become entirely myopic.

I’ve seen people basically stagnate for a year getting lost in this quagmire of stupidity.  It’s like their “need” to build a list gums up the workings of their brain and they can’t think clearly.

For these people, having an email list is a problem rather than a solution.  And sometimes, these folks start building a list and then do absolutely nothing with it, they get lost in the vanity metric of how many subscribers they have.

If you can believe it, I’ve actually had one person say to me that he didn’t mail his list because every time he does people opt out.

I can’t help someone like this, they’re lost at sea.

So while I think it is really important to always be building your email list, you can’t let it rule what you do.  You need to keep it in perspective.  If it is going to slow you down or prevent you from doing your business, then you have to move past it.  Put a simple subscribe form on your site and come back to it later to make it more compelling, otherwise, you’ll end up going nowhere.

If you want to speed up your progress, then I strongly suggest you sign up to my Casual Marketer Monthly Newsletter.  I’m putting the finishing touches on the March issue this week and it’s really going to help you maintain focus on what matters.